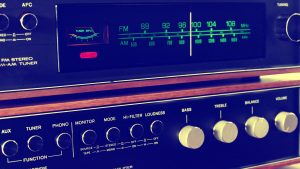 My onetime colleague JC Corcoran posted an emotional and honest rant on Facebook about the latest round of radio industry layoffs, in which a thousand people nationwide were pink-slipped recently by mega-owner iHeartRadio.

Like me, JC started in the business in the 1970s, an era when radio was fun, even if we were underpaid in small markets. We were learning and loving our jobs every day, hoping the future would bring success and moves into major markets with bigger paychecks. Not only that, but radio was also fun to listen to, because the on-air pros were encouraged to have big personalities, the promotions were clever and created lots of buzz in the market, and management went out of its way to superserve its loyal, local audience.

Then, as JC says, the deterioration began:

In the late 90s things began to change. Staffs were trimmed, freebies were dramatically cut back, management people with NO broadcast background were given control of things. Congress and the FCC now were allowing companies to own as many as SIX stations per city, with hardly any limits nationwide. With the rise of digital technology, one particular company, Jacor, began implementing absurd policies at their more than seven HUNDRED stations. While I worked for them back in the late 90s, my local newscasts were originating from, of all places, Cincinnati!! (OH, the mispronunciations…). This new technology now meant the mid-day radio personality you were listening to had actually recorded his show earlier that morning, and an automation system was firing off the songs. “Be the 20th nationwide caller right now and you win a thousand dollars!!” But you probably didn’t hear the word “nationwide,” and even if you did, you probably didn’t even understand what that meant. And the company KNEW that, too. Ten minutes later you’d hear a very excited winner on the phone being congratulated. One problem. What had just transpired was seven HUNDRED radio stations from coast-to-coast ALL had told their listeners, at precisely the same time, to call in and win the money. You didn’t catch on that your odds of winning were several MILLION-to-one. You thought you were only up against the people listening to your local station at that time. Dishonest? Probably. Misleading? Absolutely. Disingenuous? Ya’ think???

Well, that company morphed into something called Clear Channel, and then “I-Heart Radio,” and the destructive ideas, staffing cuts and bad policy continued, but on a much, much wider scale.

Read JC’s full piece to get a better sense of why I find it so sad that the medium I once loved and obsessed over has fallen so far that I no longer even use it — and don’t miss being part of it, either.