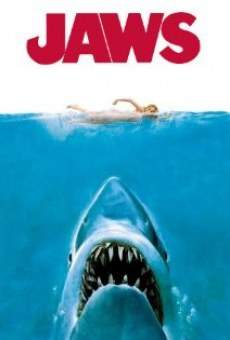 Richard Dreyfuss’ son Ben and daughter Emily have posted at Mother Jones a funny discussion about one of their father’s most famous movies, “Jaws,” which was released 39 years ago this weekend.

After watching it recently with their mother, they realized they had mis-remembered some important parts of the plot. For instance, Mom thought Dreyfuss killed the shark*, when it was actually Roy Scheider. They made the same mistake about one of the movie’s most famous lines, “You’re gonna need a bigger boat,” which also should be attributed to Scheider.

When Emily and Ben started analyzing the movie, they realized that major parts of the plot do not hold up to scrutiny:

ED: I also forgot that [the Dreyfus] character was the rich kid!


BD: Oh yeah, with his tony, rich boat that they should have taken to avoid the whole death/sinking thing?


ED: I mean, they don’t even address that, which is ridiculous. Like, his boat had all the things they needed! Like sonar.


BD: Right? And Quint demands that they take his rickety piece of shit which is just an insane thing to do. The only reasonable thing to say to Quint when he makes that demand is, “Sir, you are insane. We are not putting our lives in the hands of an insane person. You’re fired. Good day.”


ED: “Also, we should add, you can’t catch a shark this big with a fishing pole. It had to be said.”


ED: Like, his big plan is that he is going to REEL it in with his human man arms.


BD: I was under the impression that he was using some sort of contraption to leverage the weight of the boat or something? But that might not be how science works.


ED: I don’t think so. I think he was using the power of a metal cup to help hold the fishing rod and that is that and then it shows him reeling in and letting out and then being like, “This shark is so smart! I can’t pull him in!”


ED: LOL, yes. That’s the line. Then he hands the rod—with the shark on the line!—to Scheider who knows nothing about fishing and isn’t even strapped in!


BD: Then at the end he tries to tow him back to shore.


ED: Yeah and that works out well.


BD: Also, the entire notion of the shark following them out to sea seems suspect. Why would Jaws follow their dumb boat? It’s just one boat.


ED: Because of the dead fish and blood trail.


BD: That little bit of dead fish that Scheider throws in there though, it’s not much! Like it’s just a bit of blood. Jaws can eat that much fish whenever he wants.

In the end, they surmise that the movie doesn’t make sense, but it’s still a classic. Read the whole thing here.

*Don’t write and tell me that I ruined the end of the movie. You don’t have to say “spoiler” alert on anything more than a few years old, let alone a few decades! Besides, knowing how “Jaws” ends will not spoil the movie for you, anymore than knowing that Bruce Willis survives every “Die Hard.”