Best Thing I Read This Week 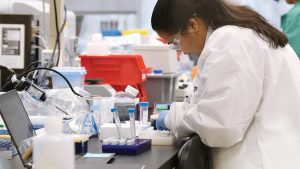 Every once in a while, I come across a piece that makes me say, “Damn! I wish I had written that!” This is one of those pieces. It’s by Greg Bardsley…

Roughly one year ago, so many of us spasmed. We succumbed to our fears, and we freaked out. We scrambled to grocery stores. We rationed food. We prepared to gouge eyes for toilet paper. We ingested large quantities of booze and we argued. Boy, did we argue.

During that same time, a group of quiet, focused and determined people went to work. They went to their labs, pored over data, hunched over instruments and tapped into their collective genius in ways my liberal arts mind won’t ever fully comprehend.

And thus began a year of striking dualities.

While our last president was denying the severity of the crisis, these people began tapping into data about previous corona viruses. While I was seriously considering accepting front door deliveries with tongs and snorkeling gear, they mobilized to share their data with one another.

While we were complaining about cheese-less fajitas or throwing grocery store tantrums, they were pouring their passions into developing vaccine candidates. While we felt helpless as loved ones got sick and death rates spiked, they got started on clinical trials involving tens of thousands of courageous volunteers.

While some aggrieved citizens were staging panicky armed protests at state capitols, they were manufacturing vaccine doses before the trials even finished. While anti-maskers were having hysterical public fits, their steady hands and calm heads were developing tracking systems to ensure the safe and efficient distribution of vaccines….

Let’s sing their praises. Let’s give them ticker tape parades that would have made Neil Armstrong blush. Let’s commission a national monument in Washington. Let’s do musicals and documentaries and Oprah interviews and TikTok videos and halftime shows in their honor. Let’s name cocktails and burgers and babies after them. Let there be ice sculptures of their likeness in the grandest of venues. Let’s send them to the White House for a ceremony in the Rose Garden that won’t become a superspreader event.

Yes. Let us thank the scientists. Because without them, we’d still be raging.

This is only an excerpt of Bardsley’s full piece, which you can read here.