These are the movies that impressed me most in the last twelve months, regardless of platform. Some were released elsewhere in 2020, but if they didn’t open in St. Louis until January, I count them as 2021 titles.

Although I did see more than 80 movies this year, I don’t see every one that comes out, and there are several I saw but didn’t review (e.g. “Red Notice,” “The Last Duel,” “American Underdog”), none of which would have made this list regardless.

My capsule reviews are below, but you can read my full reviews by clicking on the title of each movie. Some of these have been out long enough to have moved from theater-only releases to available-for-streaming. I recommend using JustWatch.com to find them. 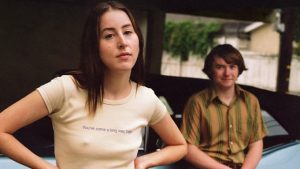 #1: “Licorice Pizza” On high school picture day, Gary becomes smitten with photographer’s assistant Alana, who seems intrigued by him. Thus starts a platonic relationship which serves as the thread running through Paul Thomas Anderson’s coming-of-age tale set in the San Fernando Valley outside Los Angeles in 1973. I hesitated to use that phrase, “coming-of-age,” because it makes the movie sound like yet another run-of-the-mill movie about teenage lust. This is so much more than that, with well-crafted characters having engrossing adventures — plus stunning performances by its two young leads (Cooper Hoffman and Alana Haim) and an outstanding supporting cast, too. There’s so much fun stuff going on in “Licorice Pizza” I give it a rare 10 out of 10, and can’t wait to see it again. 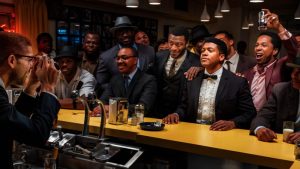 #2: “One Night In Miami” The bulk of the movie takes place on a single night (February 25, 1964), after Cassius Clay (who had not yet changed his name to Muhammad Ali) beat Sonny Liston for the heavyweight boxing title. Afterwards, he went to a motel room to hang out with his friends Malcolm X, Sam Cooke, and Jim Brown. When the four men end up together in that motel room, their closeness is clear, but so are some schisms in their friendship. In her feature film directing debut, Regina King captures each of her leading men beautifully, both in closeup and at a distance, to convey the claustrophobia of the room and the stakes of the conversation. There’s not a single false shot in the movie as she keeps our rapt attention to the goings-on. 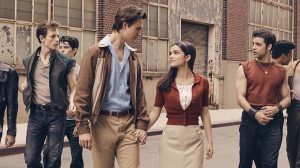 #3: “West Side Story” I was very wary of this Steven Spielberg remake because “West Side Story” is one of my all-time favorite musicals, but his new version does not disappoint. In fact, it’s in some ways better than the original, including casting Latinx performers to play the Puerto Rican characters. And though the two gangs (Sharks and Jets) are all male, it’s the female characters who steal the show. Rachel Zegler (Maria) is a newcomer the camera loves who sings beautifully. Ariana DeBose (Anita) steals every scene she’s in, and Rita Moreno (Valentina) returns from the original in a new role created expressly for her by screenwriter Tony Kushner. There are some changes to the Jerome Robbins choreography, but most of it is still on screen, as is Leonard Bernstein’s best-ever score. 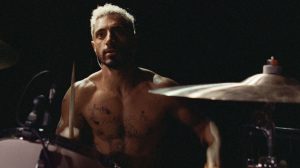 #4: “Sound of Metal” Riz Ahmed plays a drummer who backs up his guitar-playing girlfriend in a two-person rock act until, suddenly, his hearing begins to fail. As it worsens, he can’t perform anymore and ends up in a rehab house for the newly deaf. From there, we watch him slowly get past the denial stage of his crisis and into acceptance. As he is thrust into a wordless environment, he has to adapt, while still scheming of some way to get enough money to pay for the implants he thinks will return his life to what it had been. It’s here that Ahmed really shows off his acting chops, playing an intense, conflicted character who is stuck in a hole and struggling to dig himself out — and he’s completely believable in every aspect. 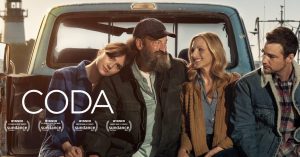 #5: “CODA” The title is an acronym for Child Of Deaf Adults, like Ruby. Since she was a child, she has had to serve as the voice and ears for her family, their only connection to the hearing world. She also works with them on the family’s fishing boat, and has just joined the choir at school to be close to Miles, a boy she’s had a secret crush on. What makes “CODA” work is the phenomenal performance by Emilia Jones, who injects Ruby with the right portions of teenage pathos, anxiety, and warmth — plus a pretty damned good singing voice. As the only non-deaf member of the primary cast, Jones spent nine months learning American Sign Language. As if that weren’t daunting enough, she then had to pull it off with her co-stars, including the force of nature that is Marlee Matlin, arguably the most famous deaf actor ever, who does some of her best work as Ruby’s mom. There isn’t a false note in the entire movie. 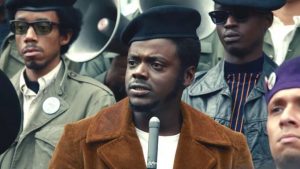 #6: “Judas and the Black Messiah” As the name implies, this is a story of betrayal. The betrayer is William O’Neal, who is picked up by police early in the movie for stealing a car while pretending to be an FBI agent. Pretty soon a real FBI agent, Roy Mitchell, offers O’Neal a choice — either do 6+ years in prison or become an informant, infiltrating the local branch of the Black Panthers, led by Fred Hampton. Desperate to stay out of jail, O’Neal agrees, and is soon working his way into the Panthers organization and close to the man known as The Chairman. Daniel Kaluuya is mesmerizing as Hampton. He is matched beat for beat by LaKeith Stanfield as O’Neal, a tortured soul who starts buying into Hampton’s message, but is caught in an FBI trap from which he can’t escape. 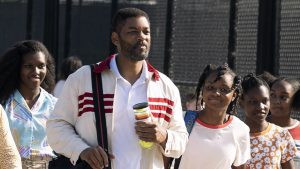 #7: “King Richard” At first glance, Richard Williams would seem to be yet another of those sports dads, unwilling to accept anyone else’s advice on how his tennis-playing daughters, Venus and Serena, should practice or play matches or use an open stance when returning balls. But in Richard’s case, he had a plan designed to turn his girls into tennis phenoms. As we all know, his strategy worked, producing two of the most remarkable tennis players of all time. But it took quite a bit of pushing back against a racist system and a patronizing social structure that looked down its nose at these girls from Compton and their brash father. Will Smith’s performance as Richard is one of the best things I’ve ever seen him do, brilliantly capturing Richard’s stubborn smarts at full boil, while still allowing some glimpses of the troubled man simmering within. The two young actresses who play Venus and Serena are brilliant, too, helping to lift “King Richard” above the standard sports movie clichés. 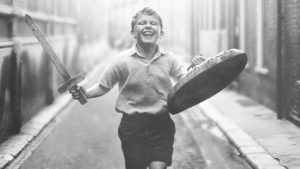 #8: “Belfast” “This is a wonderful little slice of life drawn from writer/director Kenneth Branagh’s own childhood during “The Troubles” in Northern Ireland in the late 1960s. It shows what it was like to be a child in a world of insecurity, as well as the difficulty of raising kids and keeping them safe during that era. Newcomer Jude Hill is perfect as Buddy, the nine-year-old at the center of the story, supported by an amazing performance by Caitriona Balfe as his mother and Jamie Dornan as his father. Judi Dench and Ciarán Hinds complete the family as the grandparents. 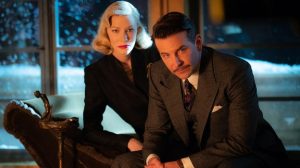 #9: “Nightmare Alley” Sadly, this has been marketed as a horror movie when it is anything but. Rather, it’s a compellingly lurid story about carnies and con artists, two subjects I can’t get enough of. Director Guillermo Del Toro has recreated both the carnival setting and the stories of the people who work there, including a drifter played by Bradley Cooper who falls in with — and then breaks out from — the seedy goings-on. When the scenario shifts to Chicago, a whole new aspect of the tale is revealed with the introduction of Cate Blanchett as a manipulative psychiatrist. “Nightmare Alley” boasts the best acting ensemble of the year, with Willem Dafoe, Toni Collette, David Straitharn, Rooney Mara, Ron Perlman, Richard Jenkins, Mary Steenburgen, and Tim Blake Nelson. Considering the settings, the proper word to describe “Nightmare Alley” is “entrancing.” 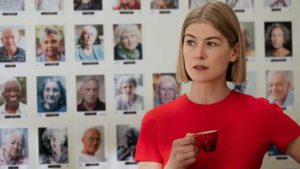 #10: “I Care A Lot” When someone says, “I care…,” we usually assume they’re talking about other people. That’s the image Marla Grayson wants us to believe, and though she exudes empathy when it helps her achieve her goals, all she really cares about is acquiring a lot of money. To do so, she cons senior citizens by getting a court to declare them wards of the state. Then she gets herself appointed their legal guardian, which gives her access to all of their finances, which she quickly begins to drain. But Marla makes a mistake when she pulls her con on Jennifer Peterson, who would seem to be the perfect mark because she has no known living relatives, but lots of money. Unfortunately for Marla, Jennifer has someone in her corner named Roman, a powerful man who doesn’t like it when things don’t go his way. Thus, we have a battle between two strong-willed characters, both portrayed by terrific actors, Rosamund Pike and Peter Dinklage. It’s rare that I’ve enjoyed a story filled with so many unlikable personalities that I found it hard to root for any of them. Yet, writer/director J Blakeson and his cast kept me riveted right through the final credits.