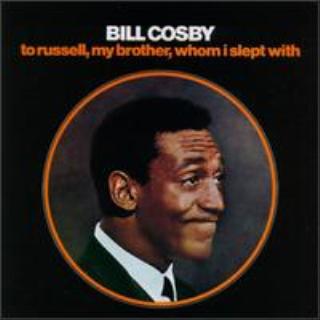 That’s what I tell people who ask what I think of the allegations about Bill Cosby — that he raped/sexually assaulted more than a dozen women many years ago. I certainly hope those claims are false, because I’ve been a fan of his since I first heard “To Russell, My Brother, Whom I Slept With” in 1968. But I don’t know what, if anything, happened between him and these women.

Here’s what I do know.

This is not the same as the Woody Allen question, because that involves a single incident with a single girl and, to my knowledge, no other women have come forward to make similar claims about him. I don’t know what happened in that case, either, but it hasn’t stopped me from going to see his movies and continuing to laugh whenever I listen to one of his classic standup routines from decades ago.

When there’s a pattern of claims and legal settlements, as there are in Cosby’s case, it doesn’t help make the accused look innocent (see: Michael Jackson). That pattern makes me feel much more uneasy about Cosby than I do about Allen.

Barbara Bowman — who has been making the media rounds after her op-ed, “Bill Cosby Raped Me. Why Did It Take 30 Years For People To Believe My Story?” was published by the Washington Post last week — seems to have no motive other than telling her story. The statute of limitations has long run out on a rape committed three decades ago, and she has never made any financial demand of Cosby. She’s told multiple interviewers that she doesn’t want to be seen as a victim, but as a victim’s advocate. Is she doing this to get attention? To what end? Does that mean she’s telling the truth? Not necessarily, but why would she lie?

Over the last several weeks, decades-old, discredited allegations against Mr. Cosby have resurfaced. The fact that they are being repeated does not make them true. Mr. Cosby does not intend to dignify these allegations with any comment. He would like to thank all his fans for the outpouring of support and assure them that, at age 77, he is doing his best work. There will be no further statement from Mr. Cosby or any of his representatives.

That’s not going to work. He has to say something. This story will have legs, at least for a while. At some point, protesters will show up outside a venue where Cosby performs, or perhaps even inside, where they might interrupt one of his shows. That could affect his loving fan base and might cause promoters to stop booking him — business execs don’t hire people with a cloud like this over their head. Which is also why NBC will likely back away from a new sitcom they were pursuing with Cosby to premiere next year.

As for “doing his best work,” that’s definitely not true. My wife and I saw Cosby at The Fox Theater several months ago, and he wasn’t nearly as funny as when we’d seen him at that venue a few years back. Not only was the material not up to par, his performance was lackluster. Additionally, his recent TV appearances with Jimmy Fallon and Stephen Colbert were more odd than humorous. The hosts treated Cosby with reverence, but he didn’t seem to want to play along with whatever line of questioning they offered. Instead, he went off on tangents that made no sense. It was sad to see because he had a history of being a money-in-the-bank guest for so many shows, including Letterman’s, where he was scheduled to appear tomorrow night, before they (or Cosby’s people) un-booked him after the rape allegations reared their ugly heads again.

I don’t know what the truth is. But if Cosby remains silent, he risks having a glorious career and reputation as America’s Sitcom Dad washed away by the growing talk about the sexual assault allegations. That would be unfortunate.

On the other hand, if the allegations are true, then he’s yet another rich, powerful celebrity who used his position and opportunity to take advantage of (mostly) young, vulnerable women whose claims were ignored or buried by authorities who couldn’t believe that Cosby would ever do anything bad.

I don’t know what to believe.

The only thing I do know for sure is that Bill Cosby slept with his brother, Russell.

And then there’s this, a routine Cosby did in 1969 on the album, “It’s True! It’s True!” It’s about Spanish Fly, the drug that would make a girl go crazy when you put it in her drink. Considering that some of his accusers say he raped them giving them a beverage that must have been laced with something, it’s uncomfortable to listen to. It’s not evidence of anything, of course, but, as Alan Scherstuhl of the Village Voice, who dug this up, points out:

Even when I heard this bit as a kid, I wondered: Why would famous TV stars need a drug to get women interested in them? Why is sex something to lie and cheat and scheme to get, rather than something to share? Hearing it now, it’s positively chilling, especially the crowd’s easy laughter, which suggests that Cosby was able to put over his fantasy of women stripped of their ability to say no as something near universal. Boys will be boys, hahaha, and then refuse ever to speak of it once they become rich and powerful men.