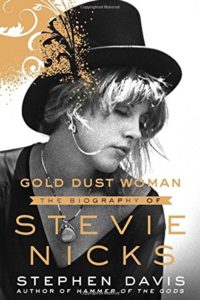 Stephen Davis has written books about Jim Morrison, Bob Marley, Miles Davis, and other musicians. Now he has a best-selling biography of Stevie Nicks, “Gold Dust Woman.” In my conversation with him, we talked about: