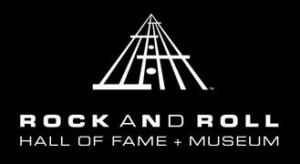 I was in Ohio for a few days last week looking at colleges with my daughter, and we made a couple of Hall of Fame stops. Literally.

The first was the Rock and Roll Hall of Fame in Cleveland, which I’d visited before, about 6 years ago. It’s a six-story structure that starts at the bottom with the roots of rock (the original bluesmen and folk singers who created the basics of the form) and winds its way up through decades of music. Along the way, there are lots of audio samples, videos, and written information about the singers, songwriters, bands, label executives, and even the cities that were home to various styles of rock and roll (Detroit, San Francisco, New York, London/Liverpool, etc.).

My daughter, a huge Beatles fan, was excited to see the new exhibit dedicated to them, with memorabilia such as a program from their legendary Carnegie Hall concert which mis-identified one of them as “John McCartney.” There’s also a video wall that always draws a crowd as it shows mini-docs on each of their 13 British albums, with classic images and more recent commentary by the principals and their producer, George Martin.

The Rolling Stones get their own exhibit across the room, where the challenge is to watch the constantly-streaming concert videos and understand the lyrics as Jagger sings them. Let’s just say that pronouncing has never been a key skill of Mick’s in live settings.

Artists aren’t eligible for the RRHOF until 25 years after their first recording, so there isn’t much contemporary representation. You’ll have to look elsewhere for artifacts from Bruno Mars, Maroon 5, and Katy Perry. But there is a new exhibit on Women In Rock that showcases performers from Linda Ronstadt to Lady Gaga and many more in between. There’s also a permanent display of stage outfits, which look downright silly hung on mannequins — made me wonder what some of these singers thought when they were first presented with the clothes.

We spent over 5 hours at the RRHOF, just about the right amount of time to absorb everything, including a movie that showcases every inductee from 1986 to this year, when both Alice Cooper and Neil Diamond were added (I’m guessing they never toured together), as were Tom Waits, Leon Russell, Dr. John, and Darlene Love. It’s an effective history lesson and a helluva nostalgia trip.

Later on, I’ll tell you about the other Hall of Fame we visited, which brought back lots of other memories.