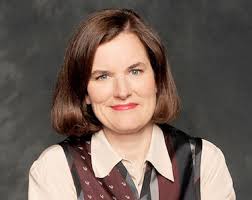 I’m a longtime fan of Paula Poundstone, and was happy to have her on my radio show today.

We discussed how she got started in Boston’s comedy clubs, where both the comedians and the audiences were so aggressive they made it hard to succeed with her performance style, and how she traveled the country by Greyhound bus to get her early career going (and have a place to sleep). These days, she plays theaters and travels by air, so I asked how happy she was to hear that the TSA is getting rid of its backscatter security machines that allow agents to see through passengers’ clothes.

I wrote on this blog last month about a NY Times profile of Jerry Seinfeld, in which he dissected a Pop Tart bit that he’s been working on for a couple of years. Since Paula is well known for her Pop Tart routine (so much so that fans bring her boxes of the breakfast treats wherever she performs), I asked whether it bothered her to know that another comedian was treading on her comedic ground. As you’ll hear, she was emphatic in her response.