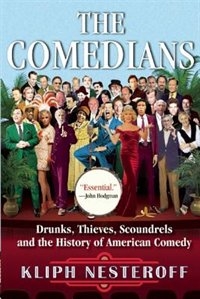 Kliph Nesteroff’s “The Comedians” is a terrific history of the last century of American comedy, from vaudeville right up to today. With so much ground to cover, Kliph was nice enough to join me for an extended conversation in which I asked him: