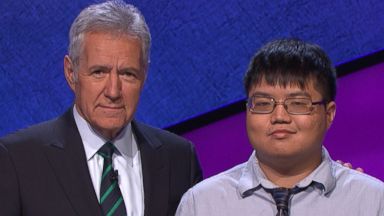 A “Jeopardy!” contestant named Arthur Chu — who has thus far earned over $100,000 — has created some waves with his playing style, which involves hunting for Daily Doubles, playing for a tie, and keeping the game going as fast as he can. There has been some ludicrous criticism, even calling him “a villain,” but his style makes sense as game theory.

That’s what Keith Williams, a former “Jeopardy!” College Champion, explained on my America Weekend show today. He explained why Chu’s style is annoying to some viewers yet very effective, and how he’s using strategies that both Williams and former champion Chuck Forrest were among the first to develop.

Keith Williams blogs about “Jeopardy!” game theory on his site, The Final Wager.