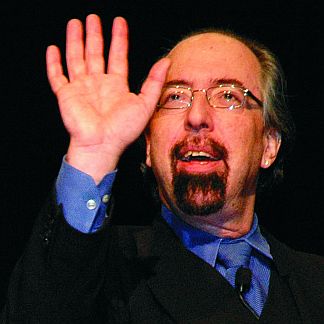 Last summer, I talked with reporter Kyle Swenson about psychic con artists in south Florida, including Rose Marks who (with her family) scammed victims out of millions of dollars. Two months later, Marks was convicted of various crimes, and this week, she was sentenced to a decade in jail.

As my friend Jamy Ian Swiss pointed out on my America Weekend show today, these crimes are rarely prosecuted, so this is a victory. Jamy knows a lot about deception because he uses it every day in his profession — he’s one of the most-respected magicians and sleight-of-hand artists in the country — as well as a leader of the skeptical movement and senior fellow at the James Randi Educational Foundation.

One of the aspects of the case Jamy found disturbing was the judge in the Marks case seemingly blaming the victims, not believing that well-educated people could fall victim to stories like this. But when skilled con artists exploit people in pain (like mourning the loss of a child), it can get vicious. We also discussed those storefront “psychic readers” who may seem innocent and fun but are in reality the front door of a large organized crime outfit.